Used in IP Networks to break up larger networks into smaller subnetworks.
Subnetting helps reduce network traffic and the size of the routing tables. It’s also a way to add security to network traffic by isolating it from the rest of the network.

The OSI Reference Model provides a framework for discussing network design and operations. It groups communication functions into 7 logical layers, each one building on the next. 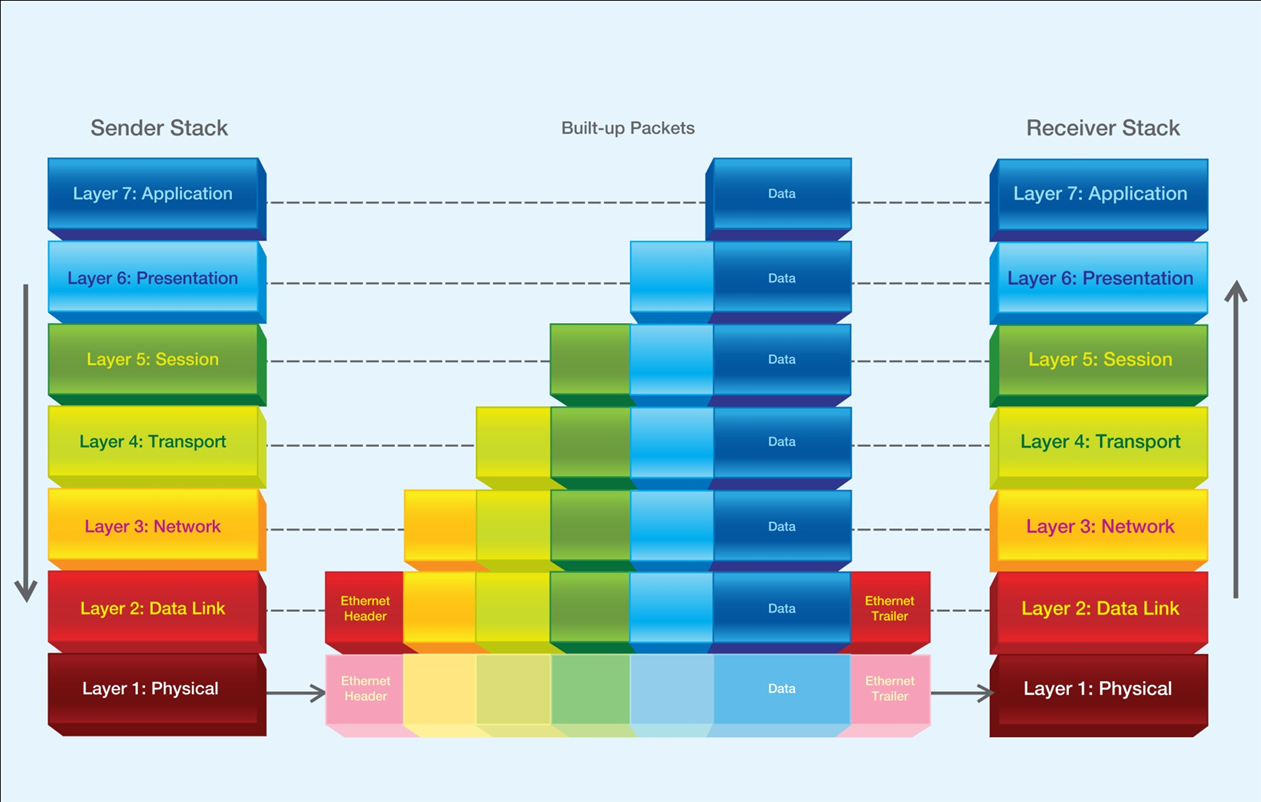 A three-way-handshake is a method used in a TCP/IP network to create a connection between a local host/client and server. It is a three-step method that requires both the client and server to exchange SYN and ACK (acknowledgment) packets before actual data communication begins.

Traceroute is a program that shows you route taken by packets through a network. Traceroute sends a UDP packet to the destination taking advantage of ICMP’s messages.

When you visit a domain such as xyz.com, your computer follows a series of steps to turn the human-readable web address into a machine-readable IP address. This happens every time you use a domain name, whether you are viewing websites, sending email or listening to Internet radio stations like Pandora.

This entire process, from start to finish, takes only milliseconds to complete.

The major point in having a secondary DNS server is as backup in the event the primary DNS server handling your domain goes down. In this case, your server would be still up, and so without having a backup, nobody could get to your server possibly costing you lots of lost customers.
A secondary DNS server is always up, and ready to serve. It can help balance the load on the network as there are now more than one authoritative place to get your information. Updates are generally performed automatically from the master DNS. Thus it is an exact clone of the master.

Disaster recovery plan, DRP is a plan for business continuity in the event of a disaster that destroys part or all of a business's resources, including IT equipment, data records and the physical space of an organization.
DRP is a documented process or set of procedures to recover and protect a business IT infrastructure in the event of a disaster. Such a plan, ordinarily documented in written form, specifies procedures an organisation is to follow in the event of a disaster. It is "a comprehensive statement of consistent actions to be taken before, during and after a disaster." The disaster could be natural, environmental or man-made. Man-made disasters could be intentional or unintentional.
The frequency of your tests may vary depending on the particular piece of the plan you’re working with. Many industries have implemented regulations that require DR solution testing to occur at least once a year. And many times, these regulations specify even more regular testing.
Personally I would suggest to carry out DR testing atleast twice in a year.
7. what is the minimum set of things you should monitor? What is the optimum set? What has worked well in practice?

Monitoring refers to the practice of collecting regular data regarding your infrastructure in order to provide alerts of unplanned downtime, network intrusion, and resource saturation. Monitoring also makes operational practices auditable, which is useful in forensic investigations and for determining the root cause of errors. Monitoring provides the basis for the objective analysis of systems administration practices and IT in general.

Minimum things to be monitored in a infrastructure would be basic server health monitoring cpu, memory, i/o, disk space, network and application monitoring.

Most large businesses, organizations, and universities these days use a proxy server. This is a server that all computers on the local network have to go through before accessing information on the Internet. By using a proxy server, an organization can improve the network performance and filter what users connected to the network can access.

Dynamic Host Configuration Protocol is the default way for connecting up to a network. The implementation varies across Operating Systems, but the simple explanation is that there is a server on the network that hands out IP addresses when requested. Upon connecting to a network, a DHCP request will be sent out from a new member system. The DHCP server will respond and issue an address lease for a varying amount of time. If the system connects to another network, it will be issued a new address by that server but if it re-connects to the original network before the lease is up- it will be re-issued that same address that it had before.

DHCP lease-generation is 4 step process called DORA which expands as below:

Advantages of configuration management include:

The Internet Ping program works much like a sonar echo-location, sending a small packet of information containing an ICMP ECHO_REQUEST to a specified computer, which then sends an ECHO_REPLY packet in return. The IP address 127.0.0.1 is set by convention to always indicate your own computer. Therefore, a ping to that address will always ping yourself and the delay should be very short. This provides the most basic test of your local communications.

Virtual Router Redundancy Protocol (VRRP) enables you to set up a group of routers as a default gateway router (VRRP Group) for backup or redundancy purposes. This way, the PC clients can actually point to the IP address of the VRRP virtual router as their default gateway. If one of the master routers in the group goes down, one of the other routers can take over.

If you're truly experiencing a DNS issue, your system will not be able to resolve host names (google.com) into IP addresses (74.125.225.78) which is what your computer really uses to communicate. A simple test to verify that this is the case is to go to your terminal and ping a host name and then try to ping an ip address (on the internet). If you're able to ping the IP address and not the FQDN then you've got yourself a DNS issue because your DNS provider is not translating that name to an IP.

You could also use NSLOOKUP command to resolve a FQDN to IP address. If the command does not resolve it to a IP address but you are able to ping the IP address directly, then there is a potential problem with the DNS.

A maximum transmission unit (MTU) is the largest size packet or frame, specified in octets (eight-bit bytes), that can be sent in a packet- or frame-based network such as the Internet. The Internet's Transmission Control Protocol (TCP) uses the MTU to determine the maximum size of each packet in any transmission. Too large an MTU size may mean retransmissions if the packet encounters a router that can't handle that large a packet. Too small an MTU size means relatively more header overhead and more acknowledgements that have to be sent and handled. 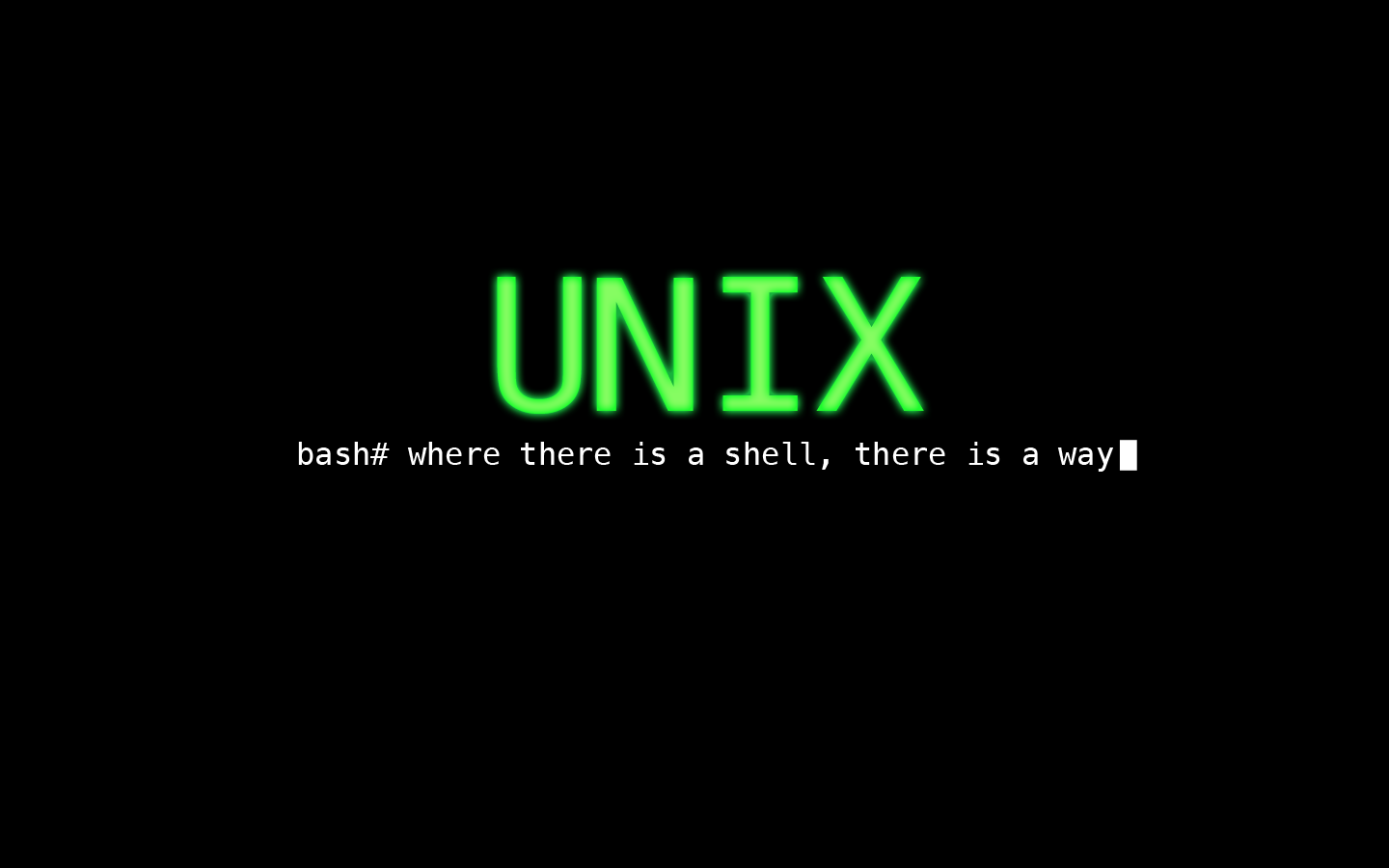 Intoduction I have been using Linux (Ubuntu) well over a decade and I fell in love with command line interface which gives you more control and power over the system.

Mention what are the new features in MS Exchange 2013? Integration with Lync and SharePoint: With site mailboxes and in-place eDiscovery, it offers a greater integration with Microsoft Sharepoint and